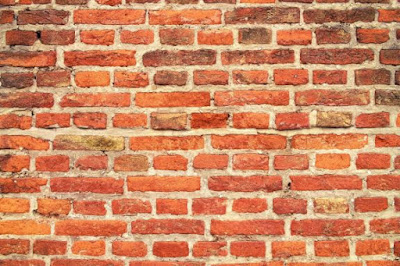 It was bound to happen. I am disappointed but not surprised. My new novel, The Covenant, which was to have been published on July 16th, has now been put on ice until August 20th (fingers crossed). By then, I hope, bookshops will have reopened, distributors will be operating their warehouses again and Amazon will have books back as no.1 essentials. Meanwhile, of course, I can always get on with another book, except...

I can’t write. Well I can, because I’m writing this, but otherwise I am faced with a brick wall.

All I ever wanted to do was write (and read). I turned down very sensible career advice from my headmaster (study law, get rich), because I didn’t want to do anything except be a writer. I made a mess of my first degree because I’d virtually given up on studying in order to write instead. For years my primary occupation, when not having to work for a living, was writing. My secondary occupation was watching for the postman to deliver rejection letters. I never, ever, considered giving up.

And now, with Covid 19, I am confronted with insurmountable inertia. I’ve never experience writer’s block before. I’ve had times when I’ve had to put things aside while I worry over why something isn’t working, or where it will go next, or if I’m bored with it, but I’ve never been faced with such a total lack of desire to write until now.

It isn’t that I am too terrified of imminent death to think of anything else. It isn’t that I am sick with worry, about falling ill, about my nearest and dearest falling ill (which I am), about whether we’ll go mad in isolation (not me, I’m used to it). I am nursing pangs of guilt that I’m not worrying about where the next meal is coming from, whether the house will be repossessed, whether the shops will have anything in or whether my money will run out. I know how lucky I am not to be worrying about those things.

So why can’t I write? Everything else is on hold. I have the perfect excuse to sit at my laptop, without interruption, and write non-stop from dawn till dusk. But I can’t, because everything I was writing, with a contemporary setting, seems now so utterly irrelevant. How can I write about a world that, when we eventually come out of all this, will no longer exist? Should I turn to writing historical drama? Somehow everything historical is now imbued with a heavy weight of inevitability, leading to an inexorable present that is sinking like a stone. All I can see, looking back, is greed, stupidity, bigotry, pointless conflicts and an endless stream of futile mistakes, peppered with plague and disease. Plus ça change. Should I write about the future? It will be dystopian, won’t it? It always is, and that now seems a little pointless, when faced with the actual thing.

I think I shall just have to dig the garden, plant seeds and crawl back inside the 1530s with Hilary Mantell. It’s going to end with a decapitation; if that doesn't cheer me up, nothing will. Then, when it’s all over and the world has decided which way up to land, I’ll start again.