Or do you ransack the well-known, like the Bible or Shakespeare, to find something that will ring a bell with readers? Some of Shakespeare’s quotes almost seem designed to be used as titles, and are, several times over, they are so relevant. Which is ironic since some of his own titles are so irrelevant that I can never remember which play goes with which title.

The working title of most of my books tends to be The Book or Mary/Jane/Lizzie… (whatever the protagonist is called). It is often not until they are virtually finished that, fingers crossed, the proper title leaps out at me. Sometimes it arrives in a pristine state, blindingly obvious. Sometimes it needs working on. Sometimes it refuses to surface at all.

I had trouble with Shadows because the title seemed so generic. How many other books are there called Shadows? Don’t try counting. Long after it became Shadows in my head I was groping for alternative titles. I came up with many, playing on the word “guilt,” which is a major theme in the book, but they all seemed just wrong, too strained and in the end I reconciled myself to the inescapable fact that “Shadows” could be the only sensible title for it. And that was just as well, even if it does leaving it floundering in an ocean of other Shadows titles, because its companion piece, set in the past, could obviously be called Long Shadows (as cast by old sins). Neat, if predictable.

Sometimes, an idea plants itself but remains slightly hazy while I decide which version to settle on? Should it be Motherlove or Mother Love? I decided that the second sounded too much like a John le Carré Russian agent, so Motherlove it is. Should it be Unravelled or Unravelling? Problem solved when I decided to add “The” at the front. The Unravelling.

A Time For Silence began as a straightforward quote from Ecclesiastes KJV (and Pete Seeger): “A time to keep silence.” It is totally apposite for the story which is all about silence being kept, but it didn’t seem to roll right, so “to keep” became “for”.

What then to call its prequel? It grew out of a short story called A Time to Cast Away which is from the same passage of Ecclesiastes (see what I’m doing there?) and for a while I thought the full novel would have to be called that too. But while it fitted the short story, it was no longer so appropriate for a far more wide-ranging book, so I let it go and waited for the book to speak. It spoke very loudly, but also very unhelpfully, because two words or phrases leap out as obvious titles. They are repeated again and again as the focus of obsession. Covenant and Twenty-four Acres, One Rood and Eight Perches. Covenant has the benefit of having several connotations, religious, historical and legal, as well as being short and snappy. Twenty-four Acres etc. has the allure of being far more quirky and totally unique. I challenge anyone to find another book called Twenty-four Acres, One Rood and Eight Perches. On the other hand, it would take up most of the cover and possibly leave some readers drifting off before they got beyond the title page. In the end, I left the choice to my publisher, Honno, and “Covenant” it will be. At least there will be room for my name too.

Posted by Thorne Moore at 23:55 No comments:

Email ThisBlogThis!Share to TwitterShare to FacebookShare to Pinterest
Labels: titles 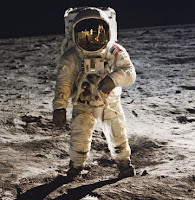 We are celebrating a memorable event: the Moon Landing. I remember it well. It was thrilling, it held us spell-bound and it seemed to herald an exciting new age, even if it was just a yah boo interval in the Cold War.  I have heard it repeatedly described as Man’s greatest achievement. Is it? A man steps on a bit of dusty barren rock that isn’t the Earth and that outranks everything else we have done on this planet? 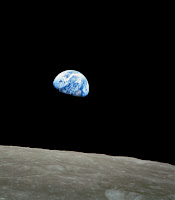 I think our exploits in space did achieve something truly awesome. It gave us an off-Earth view of our own planet and taught us that of all the lumps of rock and swirling gas that make up our solar system the only one of unbelievable beauty and worth is the one we are already on.

Our planet has water, an atmosphere, everything required to sustain life, and it has us. Not just our bodies but our minds, with our ability to imagine, to create fiction. Only from our own planet can we conjure up beauty out there. We glory in, even worship, the sun when it’s a life-giving source of light and warmth that slips with reassuring certainty across our blue sky. In reality, it’s a lump of hot plasma, engaged in nuclear fusion. We gaze adoringly at the eerie loveliness of the white moon in our dark night. In reality, it’s dead rock, nothing else. What is more beautiful than the evening star, a low bright pageboy to the sinking sun… It’s Venus, and in reality it’s a boiling image of Hell under clouds of sulphuric acid. 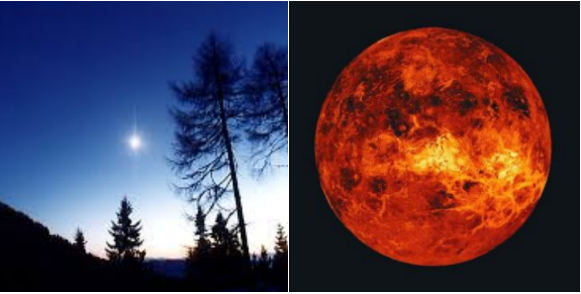 Mars, the red planet in our imaginations is the home of aliens, Martians, who can both fascinate and terrify us – except that in reality if there ever was any chance of life on it, it has long gone, with its atmosphere.

Jupiter, Saturn, Uranus and Neptune are balls of gas. Their moons are rocks. They might be volcanic. They might even harbour water. 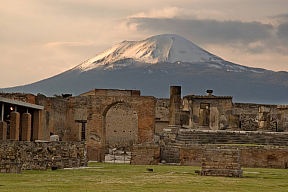 That is not a bad thing, at least for novelists. The unknown opens up an endless source of speculation and possibilities, which definite answers will only spoil. From Earth, our imagination opens up Space in a way technology never will. We can do the impossible. NASA may be able to lift a bit of metal out of Earth’s gravity and dump it on the Moon, but in our imaginations we can travel faster than light and visit distant galaxies. And we do it on the most perfect planet there is – unless we manage to mess it up.

Find my earth-bound books at my website
Posted by Thorne Moore at 01:30 No comments: