Sealed with a Kiss - The End

I often have difficulty knowing how to start a book, even when I have the whole story clear in my mind. But it can be even more difficult knowing when to stop. 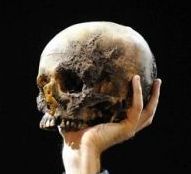 Don't spoil the impact of the natural ending by drifting on into slow sludge. Sorry, Shakespeare, but you should really have stopped when Hamlet dies. Good night, sweet prince,. and flights of angels sing thee to thy rest. Having Fortinbras blunder in to wrap things up was a big mistake.


The Handmaid's Tale is a brilliant example of a story that ends with questions unanswered. What happens next to Offred? But  Margaret Atwood couldn't resist adding an epilogue, exploring further. And then she had to write another book because readers kept asking what happened.

I was delighted, when I first read The Lord of the Rings as a teenager, that Tolkien added a whole book's worth of appendices, explaining everything including the fates of all the characters. I couldn't get enough of it. But in the case of an entire fantasy world, history, religion and linguistics, that is probably allowable. 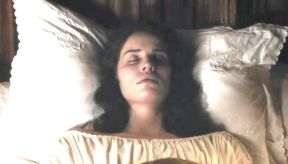 A series offers an easy solution to knowing where to stop. End with the main thread of one book neatly tied off and snipped, but leave the other threads running free, because they will be picked up in the next book. But then there's the problem of when to end the series. I've always felt Winston Graham made a mistake in carrying the Poldark series on beyond the seventh volume, because at the heart of the saga was the story of rivalry over Elizabeth Chynoweth, and the whole arc obviously concludes when she dies.

So when you reach the conclusion of the drama, how many lose ends should be tidied up in a conclusion? The prince wakes the princess with a kiss. Is it enough to explain that they get married and live happily ever after. Do I take it further and discuss what that happiness involves, how many children they’ll have and what medical conditions will finally carry them off in old age? Or do I stop with the prediction of their marriage and leave the readers to guess if it’s likely to be happy or not? Or do I leave it to the reader to assume that they probably get married, because the kiss is all that’s needed to end the plot.

I am inclined to think that less is more. End with the kiss. 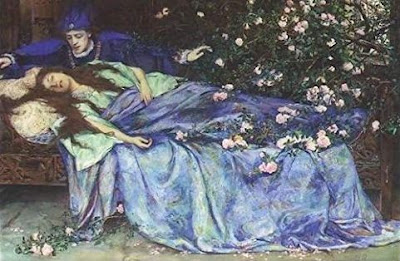 (especially when the original story goes on to have the prince raping the princess in her sleep, leaving her pregnant with twins whom his mother plans to eat.)

I write about crimes. If I wrote traditional crime fiction, finding the right place to end would be easy. The crime is a puzzle, clues are to be followed, the truth uncovered, the culprit revealed, and that's it. All sorted. But crimes have consequences that effect everyone they touch, and that is what I write about. How long do I continue delving into the consequences? It's difficult, especially when some of my stories carry the impact of crimes into later generations. At what generation do I stop? How many ends do I try to tie up?

I am always in a quandary about precisely where to draw the line. Partly, like all authors who have spent months, if not years, with a cast of characters, I don't want to abandon them unresolved. I want to be able to say that they lived happily ever after. But then I also want to imply that the drama and its consequences go on and on, never quite resolving.

My usual solution, probably like many other authors, is to add a chapter, slightly detached, as an epilogue that wraps up most things just sufficiently to answer the obvious questions while leaving others unanswered.

Posted by Thorne Moore at 23:08 No comments: