A sense of Entitlement

Choosing titles can be a tricky business but for me it owes as much to instinct as to careful thought. For my first novel, I went for a Biblical reference (not quite a quote), A Time For Silence, because it seemed appropriate for a story that involves a pious chapel community. And besides, the King James version, like Shakespeare’s works, sometimes seems to have been produced for no better purpose than providing really good titles. I toyed with using the correct quote: “A Time to Keep Silence”, but the rhythm was just wrong, so I adapted it and once I’d settled on it, I thought that it couldn’t be anything else.

My second book called itself Motherlove. That was its working title because motherlove, in various guises, is what it’s about. When I had finished it and sat down to think about what it should really be called, I couldn’t come up with anything more appropriate, so I stuck with it. I did discover, after publication, that there can be issues with some titles. Search issues. Search for “A Time For Silence” on Amazon, without automatically narrowing it down to “books” and you’ll get my first novel. Search for “Motherlove” and you get a nipple cream.

My third book had no title, while I was writing it, other than “the next book.” Once finished, I sat back, groaned and thought ‘now come up with a title,’ and hey presto, it appeared. It’s about a character mentally unravelling and a forgotten story unravelling, so The Unravelling presented itself and all possible competitors slithered away into the undergrowth.

My latest novel is called Shadows. Kate Lawrence is psychically sensitive – she can feel the echoes of past deaths embedded in the masonry and woodwork of old houses. She can feel death happening across many miles. She doesn’t like it. She refers to her unwanted feelings as shadows. Somehow, it seemed obvious to call the book Shadows.

However, I was aware that Shadows is a word that has had plenty of use in book titles – my brilliant fellow Honno author, Judith Barrow, claimed it before me for Pattern of Shadows and Living in the Shadows. There are other books called just Shadows, as well as Shadow Reaper, the Shadow Queen, The Shadow District, Shadow Kill, the Shadow Land… and I’m still on page one of an Amazon search. It was suggested to me that I should choose something a bit less generic, and I did struggle with alternatives. In the end I gave up, because the book is so very much about shadows that it would be absurd not to use it. There are Kate’s clearly weird shadows, which make her life a misery, but there’s also the private shadows cast on many of the characters by their own guilt at things they have or haven’t done. Later there are shadows of accusation and suspicion cast on everyone and there are shadowy secrets from the past that come to light. Lots of shadows, like the shadows physically cast by the old house, Llys y Garn. 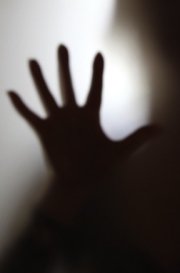 Shadows are dark. They might make you think of death, night, threatening places. But there’s another side to them. They don’t exist in total darkness. They are cast by a source of light. The brighter the sunshine, the stronger the shadow. As innumerable people have said (I’ve given up trying to trace the original quote), “Turn to face the sun and the shadows fall behind you.” That is what Kate has to learn to do. So I have called the book Shadows and I’m sticking with it. 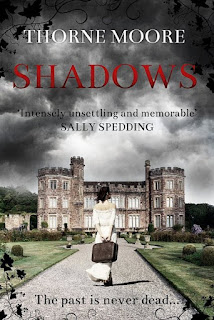 Posted by Thorne Moore at 05:51 No comments:

My fourth novel, Shadows, is about to be published, by Endeavour Press. Honestly, any moment now.

So meanwhile, about Shadows… I write about crimes that have repercussions down the years and families in crisis, as I always do, but this one has a slightly Gothic twist, and a setting that is slightly more Gothic, to match. I have returned to North Pembrokeshire, my home, having had a ramble out to the Home Counties in Motherlove and The Unravelling and once more I am centring my story on a house. Not a derelict cottage, as in A Time For Silence. No, no, this time I’m doing something entirely different. This time it’s a derelict mansion, Llys y Garn.

In fact, the story features several houses, because, in case you hadn’t noticed, I really do like houses and all the history wrapped up in them: the mystery under the wallpaper.

Llys y Garn, the house at the centre of the book – in fact you could call it the main character in the book –is mostly a Victorian house that has slowly decayed around its former owner, an elderly recluse. When I first moved to Pembrokeshire, in the 1980s, the countryside was littered with such slowly decaying mansions, hidden from view, just off the road and lost in deep woods. They conjure up a lost world of squires and county society with hunt balls and croquet on the lawn. A world where peasants doffed their caps and respected their betters. That’s a world long gone, and the grand houses are now either totally derelict or have been put to new uses as nursing homes, hotels or art centres. One that was just up the road from me back then, empty after a serious fire, was Rhosygilwen, which has now been transformed into a thriving centre for cultural activities, weddings, concerts and the Penfro Literary Festival.
There were dozens of others around me – Coedmor, Cilwendeg, Ffynone, Cilgwyn, Glandovan, Llwyngwair… 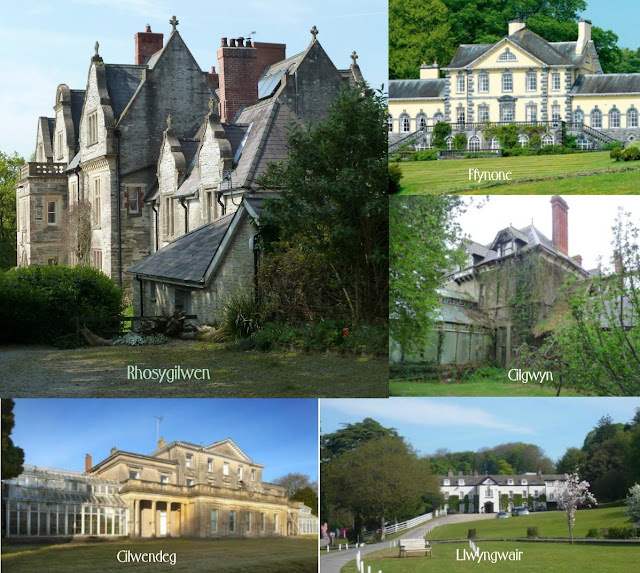 They may appear to be Georgian or Victorian, but study the records and they all have roots going back to the Middle Ages. Here and there, among more modest houses in the area, you still find relics of older times. A farmhouse still has a massive Tudor door. Another has Jacobean panelling and plasterwork. A youth centre has a barn that was once a Tudor gatehouse. 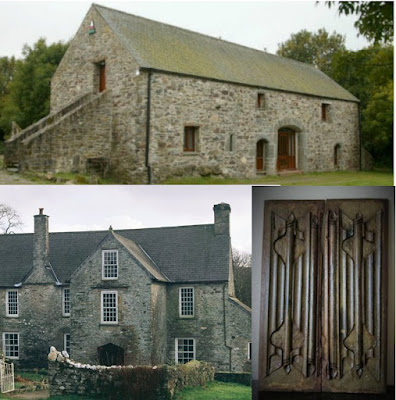 My fictional Llys y Garn has a past too. Adjoining the Victorian house is a Mediaeval great hall, with panelling (oh, definitely panelling), and an undercroft that might, just might, once have been a dungeon. 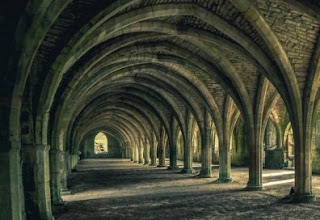 There’s also a lodge cottage. Well, Llys y Garn is a mansion and all mansions have lodge cottages, where one of those cap-doffing peasants can usher the master safely back to his property, and slam the gates on the great unwashed outside. The lodge cottage I really had in mind is somewhere in Oxfordshire or Gloucestershire. Mini-Palladian – I used to pass it on my way across country to Aberystwyth university. But round here in Pembrokeshire, there are plenty of them, usually quaintly pretentious, or just quaint. 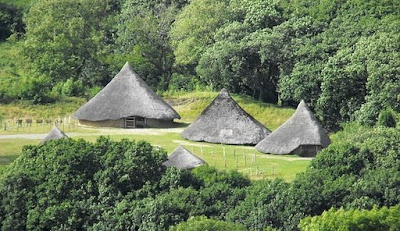 Oh, and there’s a yurt, because this is Pembrokeshire and it’s the sort of thing you might find in a wood round here. 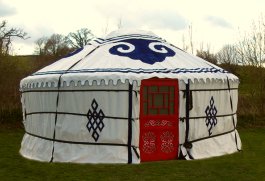 I haven’t included a castle, of which Pembrokeshire has many, some still lived in, but as Llys y Garn stands on the slope of a valley adjoining the Preselis (totally fictional, but picture the Gwaun valley if you like), there are, naturally, ancient standing stones on the hills above. 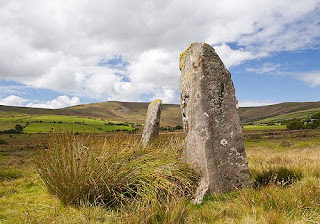 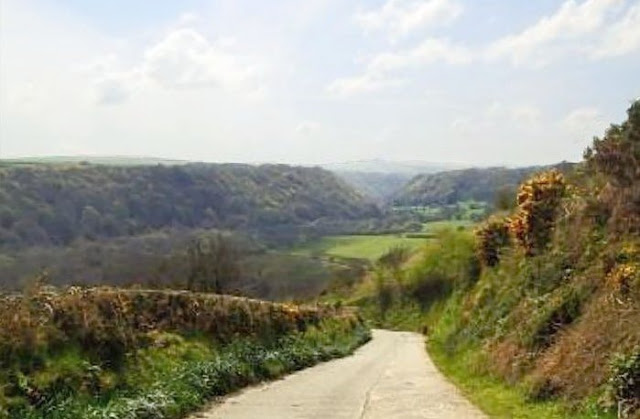 Seriously, anything could happen here. And probably has.