I am continuing my cunning plan to interview other authors (i.e. let them do the work), with an interview with Alex Martin, author of the Katherine Wheel Trilogy and other works. 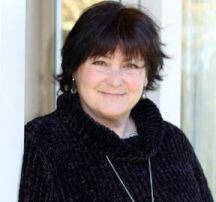 The story begins in Edwardian England, with feisty Katy Beagle working as a maid at Cheadle Manor and follows her marriage to gardener Jem Phipps, her rebarbative dealings with Lady Amelia Smythe at the big house, and her long friendship with Cassandra, daughter and eventually heir of the manor. As domestic crises, catastrophes and dramas are played out, the setting moves from rural Wiltshire, through the horrors of wartime France, post-war America, the early years of motor racing, and back to the manor. The stories see Katy fight her way from domestic skivvy to ambitious motor mechanic and successful business woman, while the fortunes of the feudal manor slip into obscurity.

Here is my interview with Alex

Question: The Katherine Wheel books are a huge undertaking, covering such an action-packed period and must have involved a huge amount of research. How did you go about it? Did you start with months or years of in-depth research, or plunge in and research it as you went along?

I wrote Daffodils over a period of ten years. I wasn't writing every day, of course, and it was the daunting mountain of research that kept stalling me. I never set out to tackle WW1 but was interested in how plumbing had gradually arrived in our little village in Wiltshire and in learning about that I, just like the characters in the book, got drawn into that global conflict - very unwillingly. Plumbing, I hear you say? Yes, we had a very old neighbour - he was nearly 100 years when he died and he'd lived in our humble string of tiny cottages since he was 4. I dubbed it Skid Row. He could remember when the only drinking water came from the village pump on the green, which features in Daffodils, as Katy has to carry it to her house in buckets all the time. He was a wonderful raconteur and told me with great relish and much embellishment how the six cottages had first one tap to serve them all, then one between them until the great day dawned when they had actual sinks with taps installed inside their old walls. And that's how The Katherine Wheel Series began. Now I have a shelf groaning with books on WW1, much of which made for sobering reading. I was shocked at what I discovered, especially the brutality and stupidity of how the British Army treated their gullible cannon-fodder, which I have woven into the story.

Question: Katy Phipps is such an unusual heroine. Not many heroines spend their days in greasy overalls, wielding wrenches. I like her immensely. Do you?

Not at first. I was in agreement with the village chorus, voiced by the likes of Martha Threadwell, the village Post Mistress and her acolyte Mrs Hoskins, housekeeper to the sly vicar. We all thought Katy a flighty, shallow flirt, and so she was. The whole Katherine Wheel Series is a study of how a young, naive, ambitious girl becomes a resourceful, compassionate and successful woman in her own right and how her character deepens and develops through her ordeals. I didn't think the world needed another book about angelic nurses, either, and as I researched the era, I was struck by the vanguard of valiant women who stepped up and swept the streets, emptied dustbins and drove ambulances. During my research I found that only aristocratic young women were allowed into the FANY to drive ambulances, so Katy, with her working class roots, was assigned to the WAAC. There she learned the trade of car mechanic and it was perfect because it lead her nicely into setting up her own garage in Peace Lily, getting involved in the glamorous world of motor racing in the 'twenties in Speedwell and even coming up with an ingenious invention that changed her life.

Question:  As the stories progress, you settle into a fine balance between two couples, Katy and Jem, Cassandra and her American husband Doug, closely connected, yet living very different lives.
Did you find it difficult switching perspectives, or did it help to keep the inspiration flowing?

Thank you. No, it wasn't difficult. In the very early days of writing Daffodils, an agent took an interest and left me in no doubt that the upper classes could be just as fascinating as those they considered beneath them. I loved switching from Katy's life to Cassandra's apparently easier one and particularly making each impact upon the other. In Speedwell the consequences of their inter-relationship manifests with devastating effect.

Question: You obviously know Wiltshire very well. Is Cheadle Manor based on a real place?

Not the manor house, funnily enough, but the little row of cottages where Katy and Jem set up home is based upon the humble abode where my kids were born and the geography of the two villages is very much the same. Although I was born in greater London, I grew up in Wiltshire before moving to south Wales thirty years ago. I do know and love it well but I'm hooked on living by the sea now. Cheadle Manor itself is entirely a figment of my imagination, which is always useful because you can create a place entirely designed to your own satisfaction and to fit the plot. 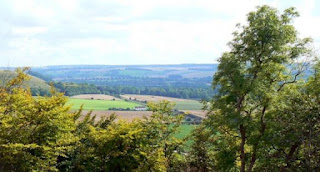 Question: Have you ever been tempted to write a scene in which Lady Amelia Smythe is throttled? I know I would enjoy it.

Yes, she's a one, as they say. I adore writing about her and she's a useful plot twister too. I have sketched out a fourth and final book in The Katherine Wheel series, Woodbine and Ivy, and this will push the characters on twenty years, with their children becoming embroiled in the second World War, which defined their generation. Lady Amelia will be tapping on by then, so she might not survive the ordeal and I shall spare her nothing.

Question: Did you have the complete trilogy planned when you started, or were you just expecting to write the one book? Has the wheel finished turning or is there more to come?

Not at all! I decided to get serious about my lifelong ambition to write stories when they pushed the pension age to a distant speck on my horizon. I joined a website called www.youwriteon.com which is funded by the Arts Council and very clever. The idea is to post a piece of your work for it to be randomly critiqued by peer members, whose work you also criticise. Encouraged by all my stories reaching the top ten, and even the top five for The Rose Trail, friends I had made via the site encouraged me to self-publish The Twisted Vine. Then I thought I might as well finish up the plumbing idea set in Wiltshire by writing Daffodils and the whole thing just snowballed.

Question: You have a fourth book, The Twisted Vine, a thriller set among grape-pickers, and the vineyards of France are very convincingly drawn. Did you draw on your own experiences, when writing it?
Very much so. I, just like Roxanne in the book, was running away from a disastrous relationship to France, where I had a vague idea I might be able to get work picking grapes. I was just as green as her, though perhaps my French is a little better! I can vouch for the research about 'les vendanges', as the grape harvest is called, being utterly genuine. It's really hard work. You get up with the dawn, often picking grapes dusted with frost or, in the south, in the baking heat and work until sunset. Some farmers feed and house you well, others can be pretty grim. I learnt a lot and never regret the experience. I thought it would make a good backdrop to a mystery but I didn't personally experience the scene in the car with Armand; that was an anecdote from a friend who'd gone hitch-hiking around the same time. Even the episode in the convent was based on that real experience. However the rest of the plot is entirely fictitious. I particularly liked writing about Louis' bitterness, softened by his love of his native soil and Armand's twisted profile.

I have a lot of ideas to explore; just hope I have enough energy, discipline and time to finish them. However, the next book is written, It is currently with my editor, my son Tom, a scientist and writer and who is both brutal and professional in his role. It's called The Rose Trail and is a ghost story set in dual time, both modern and during the English Civil War. This has entailed researching another horrific war, one which divided families up and down the land and tore apart old loyalties in the name of religion. A fascinating period in our history. Again it is set in Wiltshire where a real battle, depicted in The Rose Trail, took place and creates a dramatic climax to the historical thread. I'm hoping this book will set up a series of paranormal tales with the two women, Persephone and Fay, going on to solve more creepy mysteries using their intuitive psychic powers.

Click on the hyperlinked titles of each book above or below. They are all on Amazon and in local bookstores around Gower, where I live. Here's the links again.
The Twisted Vine
Daffodils
Peace Lily
Speedwell