A few years ago I was stopped in the street by a girl armed with a clipboard. She wanted to know which women’s magazines I read. I don’t take any magazines regularly, but there are a few that I occasional buy or seek out in waiting rooms, so I listed them: Private Eye, New Statesman, National Geographic, New Scientist, Nature… ‘No,’ she said, ‘Just women’s magazines.’

I was alarmed. Was she implying that women should only read magazines with recipes, fashion tips and advice on the menopause? What is the penalty for a woman reading about current affairs? Am I likely to have a finger or two amputated as punishment? 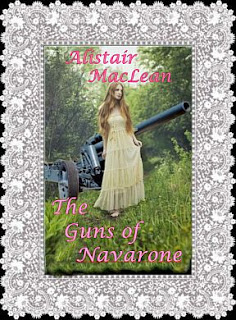 I am a woman, my main characters are women, my stories revolve around family dramas and domestic crime, but, despite Amazon's classifications, I don't regard my books as Women's Lit. One highly valued review I've received for A Time For Silence says "One might think of it as a woman's book but I found that it works equally well for a man." Phew. I am very glad that reader was willing to read it.

In general, women are willing to read books of every description, including those written by men, about men. If there are men terrified of books by women about women, it’s their narrow choice of literature that should be separated out as Men’s Lit, instead of hiving off “Women’s Lit,” as a minor sub-section of literature.

I will accept that there can be differences in the way men and women write. Give a man and a woman the same subject to write about - say War, for example - and there's a good chance that the man will concentrate on the action, with fast pace and plot complications while the woman will concentrate on character, relationships and feelings, but that really is very generalised. Of two men writing spy thrillers, I’d say Len Deighton is more action and John le Carré is more character, but while the balance swings one way or the other, both deal with both. The truth is, any good book is a mixture of it all, action and character, plot, intrigue, emotional responses and complications in relationships. If there are men can't cope with that, give them a little corner of their own for Men's Literature, and leave the rest of the library for everyone else. Vive La Confusion.